Today I've obtained a new certification.
I've passed the certification test for HTML5 of W3School with 97% of correct answers.

The test was not difficult to pass and the questions were very clear. You will have 70 minutes to answer to 70 questions.

I have taken this certification because I think HTML5 will be the most used UI programming language for the next five years (and maybe longer).

HTML5 introduces a lot of changes and evolutions allowing developers to develop rich client side applications without the needs of external plugins.

Many digital devices manifacturers are interested in HTML5/Javascript native development and big companies like Samsung and Intel are interested, for example, to  Tizen that allows you to develop device applications with HTML5. There are rumors telling that a Samsung GT-i8800 smartphone with Tizen OS onboard is under development and should be released ( maybe ) before the end of the year.

The future is now.
Posted by Unknown at 10:04 PM No comments:

When the net was... the NET 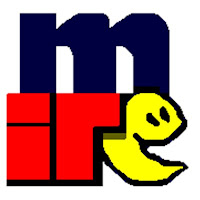 Today i went back on time. I downloaded an IRC client (mIRC) and joined some server / channels on a irc network. I don't know why but I felt like when I was 16 years old. The charm of anonymity, the clear font of mIRC, talk with people that you don't know... this was the net! All us wanted to remain anonymous, but wanted to share our ideas and pass an evening (and often an entire night) talking about everything. No one was judged because of estetic aspect or the social position.

After this Facebook arrived with all the rest of social networks, full of pictures, videos, games, and so many stupid things and the net was transformed in a very big television where everyone would like to appear and the best of the net was lost.

Now, on the net, so much time is wasted to share stupid things without communicate nothing to others, without write something special, something that you have thought and not just something that someone has thought just to let you "click-and-share".

Now, all chats are restricted to known people, friends that you already have in the "real life". Friends that often thinks like you. So, there is no way to grow in this kind of net.

An exception can be Twitter just because you can use hashtags to share your ideas... but is not comparable to IRC... ;-)

Maybe I'm a little nostalgic but I think that compare ourself with others is the best way to build our character and when IRC channels was full of people the net was better than now!

Posted by Unknown at 1:06 AM No comments: